Manchester is a literary city and so there are a multitude of Manchester writers’ groups. Below is a list of all the writing groups in Manchester that we’re aware of.

The groups we list here are mostly for creative writing rather than non-fiction. They cover all genres and types of creative writing: short stories, novels, novellas, screenplays, theatre and poetry. Most of them are free or have a nominal charge.

There are two main types of writing group: writing workshop groups, and writing critique groups (see What is a Writing Group?). Both types of group are available in Manchester, and there’s also a networking group for authors.

Writing groups are great for writers to come together and support each other by providing critiques, advice, and friendly faces. They’re invaluable for improving your writing. So, use this list to find a writing group that suits you, meet some other writers in Manchester and make a difference to your writing!

This is the website for Manchester Speculative Fiction. We are the only writing group in Manchester specialising in speculative fiction (e.g. science-fiction, fantasy, horror, etc.)

The group has been meeting for over ten years. Several members of the writing group have had novels commercially published, and others are on the way, having gained deals or agents. Others have won writing competitions and had short stories featured in magazines and anthologies. We’ve also produced two well-received anthologies of speculative fiction set in Manchester: Revolutions and Revolutions 2.

We meet twice a month, once in person and once online, and use the Milford System for our meetings.

We welcome anybody over eighteen who writes speculative fiction to the group, whoever they are and whatever their background. Membership is free.

See Manchester Speculative Fiction for more details of our group.

The writing critique groups are for people of African, Caribbean, Southeast, South, East Asian and Middle Eastern backgrounds only.

Manchester Women Writers hold a weekly writing group at Manchester City Library. Their process is for writers to read out their work and listen to feedback. The group accepts prose, poetry and drama for critique. Once a month they do writing exercises and/or hold a discussion. The group is for women only.

Their process is for people to read their work to the group and then they discuss the work and offer constructive feedback.

A long-established group (over fifty years old) that meets in central Manchester every Monday. They accept work in all genres and forms, including novels, short stories, poetry and drama.

Their process is for attendees to read their work and receive verbal feedback. The group welcomes all serious writers prepared to give and receive feedback.

Muslim Writers North is a writing group that meets monthly at Chorlton Library in South Manchester. They accept any kind of writing: poetry, prose, screenplays and even blogs. The group is for Muslim writers only.

Scriptwriting North primarily offers courses in scriptwriting, but it also runs script development groups. It launched in 2008 and has helped hundreds of aspiring script writers. Some writers who’ve attended Scriptwriting North’s groups have had their scripts professionally produced and/or won prizes.

They charge approximately £10 per meeting for their development group.

A slightly different one this as it’s not a critique group, but more of a networking group for authors. Meetings typically feature a discussion topic or a guest speaker. Meetings are on the fourth Monday of the month. The group is for members of the Society of Authors only.

South Manchester U3A Creative Writing Group is a writing workshop for all writing, including novels, short stories, poetry, memoirs, and biographies. The attendees do writing exercises and hold discussions.

The group is for retired people only.

South Manchester Writers Workshop is a critique group that meets weekly in Didsbury and focuses on getting published. Their process is for attendees to read out what they’ve been working on, so the rest of the group can give their critiques.

The group has no membership criteria, but there is sometimes a waiting list to join.

As well as all the writing groups, there are several literary organisations in Manchester helping to promote writing in the city, including the Manchester Literature Festival and Manchester City of Literature.

Any More Writing Groups in Manchester?

Above are all the writing groups in Manchester that we’re aware of. There are also smaller local groups in the towns surrounding Manchester. If you’re outside Manchester, it’s worth trying your local library, as they usually know which groups meet in the area. 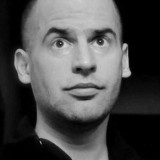